Many people are hesitant to shift to a vegan diet, worried that it won’t supply them with enough nutrients, especially protein. But the lack of such vegan food is just one of the many myths about veganism. Contrary to popular belief, a plant-based diet won’t deteriorate your health, let alone rid you of protein. Beans, chickpeas, and spinach actually contain more protein than a single chicken breast.

What about calcium, then? Vegans don’t miss out on that, either, because a bean burger or a large helping of hummus supplies it for them. In fact, the majority of calcium sources aren’t from dairy because cattle acquire it from their food, which is plants. Calcium is a mineral that originated from the soil, so don’t be fooled that we need cattle for our calcium fix.

But the fact that we get can every nutrient our bodies need from plant-based foods isn’t the best part of veganism yet. One more crucial part of our well-being is that the diet improves, and that’s our mental health.

If a vegan friend recommends their diet to you for your depression, don’t be offended. They definitely know what they’re talking about. Several recent studies revealed that a diet rich in whole, plant-based foods can help treat and prevent major depression.

But how, exactly? Explained below are the impacts of a vegan diet on your mental health:

1. Gut bacteria produce many hormones in our brain.

What we put in our stomachs affects our gut activity, so it only makes sense that if you eat unhealthily, then your guts won’t also produce the right amount of hormones your brain needs for a mood boost.

Gut bacteria thrive in fibre, which is why filling up on wholegrain and wholewheat foods will benefit your mental health. Breakfast cereals, certain fruits and veggies, beans, nuts and seeds, and potatoes with skin are other fibre-rich foods.

In a U.S. study conducted at a large insurance company, people who are overweight or had a history of type 2 diabetes reported significant improvements in their mental health, well-being, and work productivity after consuming a vegan diet. The levels of their anxiety and depression had also lowered.

Serotonin, a neurotransmitter that stabilizes our mood and aids in our sleep, mostly comes from our gastrointestinal tract. Therefore, if you fill your gut with the nutrients it thrives in, they’ll produce up to 95% of serotonin, making you feel elated in turn. 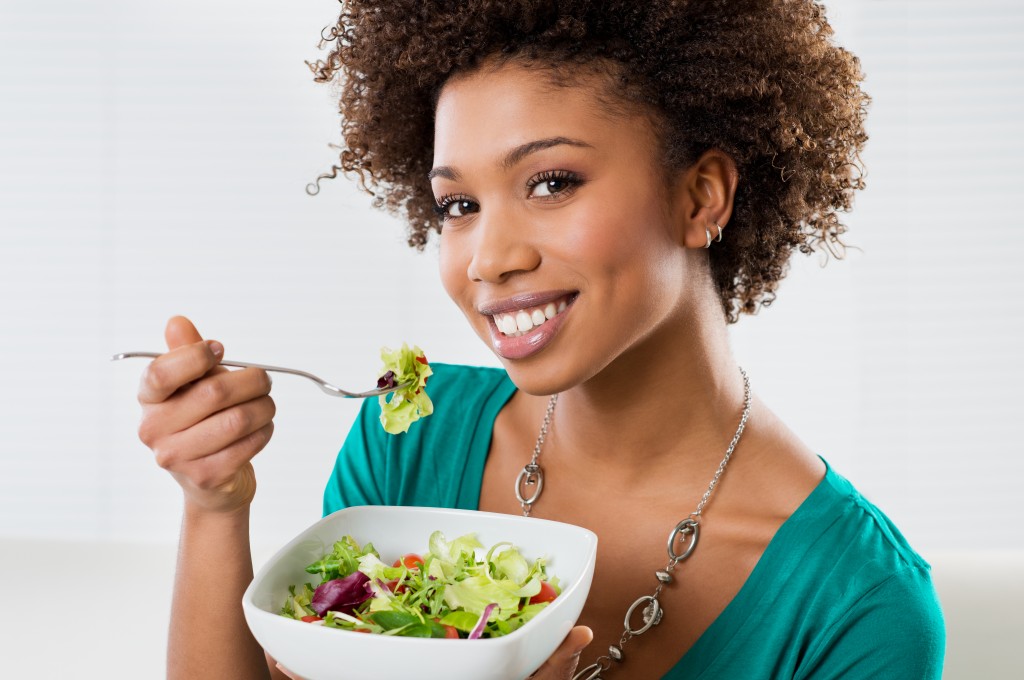 2. Plant-based foods are the best sources of tryptophan.

Tryptophan is an amino acid found in proteins. It is essential in maintaining normal levels of serotonin. Some animal-derived foods have it too, but recent studies show that plant-based foods are the best sources.

According to Dr. Michael Greger, animal foods contain only low doses of tryptophan. Since amino acids compete with one another to access the blood-brain barrier, the lowest dose of tryptophan gets pushed out of the way. As a result, your serotonin won’t be at its optimum level.

Hospitalization and hefty medical bills also impact our well-being. These days are particularly rough on our mental health, with a virus at large. So if you want to boost your immune system, avoid hospital visits, and maintain your positivity, you should consider shifting to a vegan or vegetarian diet.

In a large Taiwanese study, vegetarians were discovered to have a lower rate of outpatient visits, which is equivalent to a 13% savings on outpatient expenditure and 15% savings on medical expenses. Similarly, UK research has found that if everyone in the country became vegetarian, their healthcare expenditure could cost £30 billion less.

Reducing healthcare costs is crucial to every citizen of a country, especially poor ones. Access to healthy food is one of the greatest challenges low-income earners face, forcing them to stick to fast-food meals and other unhealthy diets. But unlike what most people assume, vegan food isn’t necessarily expensive. Grocery stores just often sell them for thrice their normal prices, so choose your sources carefully. Better yet, consider growing your own produce to save even more.

The more people become vegans or vegetarians, the lower the prices of plant-based foods will become. Fortunately, veganism is becoming increasingly popular, so you may find that your local grocer has begun selling vegan options for less. Supermarkets also have their own vegan sections now, where you’ll find a variety of affordable goods.

And of course, there reputable online sources available. Consider buying from them, too, to support their small business and further spread the wonders of a vegan diet in your mind and body.