Sandwiches are a staple in the regular diets of Americans. One study from 2014 found that nearly half of the entire adult population of the United States, 49% to be exact, eats one sandwich per day.

Americans eat so much sandwich that previous studies suggested that the entire nation gets one-fifth of its total sodium intake from meals that involve putting food in between two slices of bread.

Sandwiches are great because they are easy to make and can be eaten on the go — perfect for adults who have no time to cook a complicated meal and sit down to eat to consume it. More importantly, it is delicious. Whether you are eating a hamburger, a Philly cheesesteak, or simple grilled cheese, eating a sandwich is enough to satisfy a hunger or craving.

Sandwiches are eaten in the morning for breakfast, in the afternoon for lunch, in the evening for dinner, in between meals as snacks, and in sporting events or at the movies. There will never be a bad time to open a sandwich franchise in the U.S.

Of course, Americans are not the only people in the world who enjoy sandwiches. Other nations have their own take on this delicious snack. In Asia, there are different takes on sandwiches that are very different from how they are made in the U.S.

If you are in the mood to venture out of your typical jam and peanut butter, here are sandwiches to try from across Asia.

The fruit sandos that you can purchase from convenience stores across Japan are a delight to the eyes and the stomach. These fruit sandos, or fruit sandwiches, are made with any kind of fruit depending on what is in the season but, most often, you will see strawberries, peaches, and kiwis. The slices of fresh fruits are mixed with sweet cream and then sandwiched in between two slices of fluffy white bread with the crusts removed.

It is a light, refreshing, and delicious snack that can be eaten at a cafe with a cup of coffee or on-the-go, while you are on your way to work or school. It was a hit in Japan and, unsurprisingly, it has arrived in the U.S. A few stores have opened up across the nation and introduced the fruit sandos to Americans. 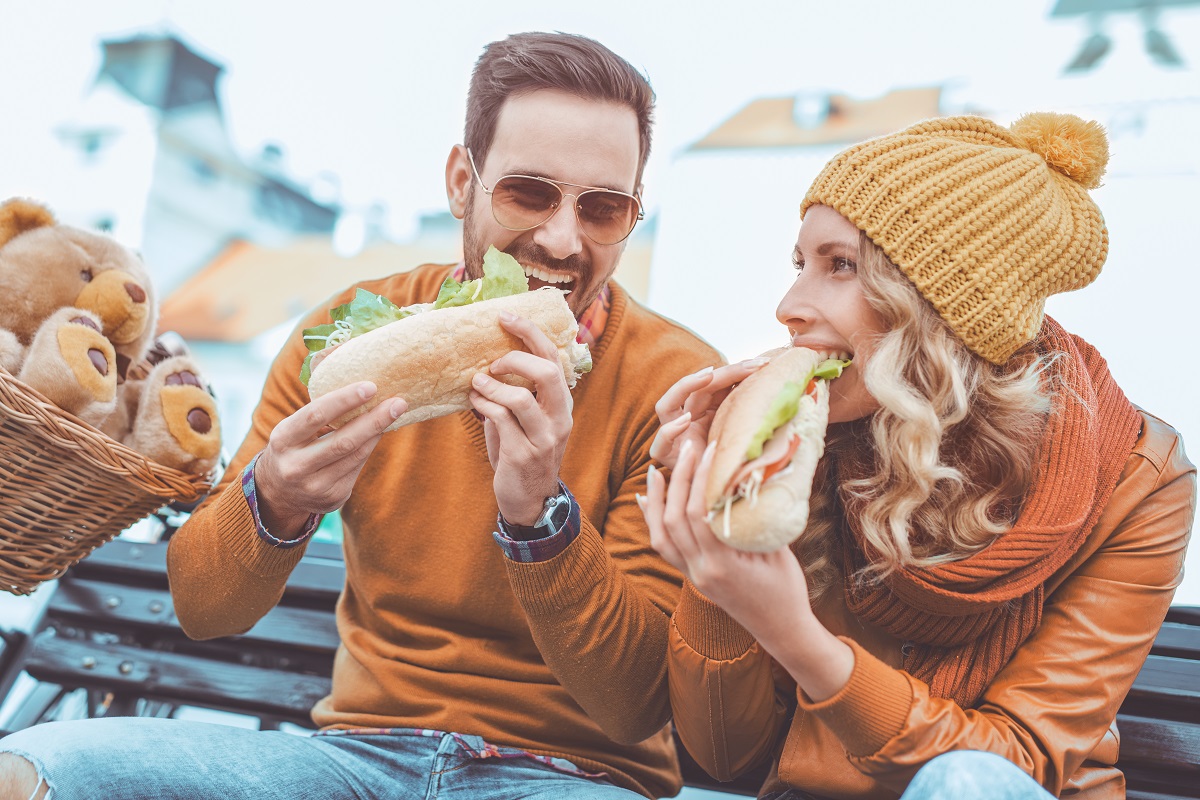 On the more savory side is the sabich, a sandwich from Israel. The name “sabich” comes from the Arabic word for morning and that is because it is typically eaten as breakfast by Iraqi Jews. However, nowadays, it can be enjoyed any time of the day.

A sabich is made by stuffing fried eggplants, hard-boiled eggs, hummus, amba (mango) sauce, tahini (sesame) sauce, Israeli salad, and parsley into pita bread. The combination may sound odd, but the flavors work so well together.

Give it a try. In Israel, you buy a sabich from street vendors as a fast-food treat.

Singapore has made eating toast exciting again. There are toast bars across the city-state that serve this sweet sandwich made with the traditional kaya jam (a mix of eggs, sugar, and coconut cream) and a sliver of cold butter. It is eaten as a breakfast meal or a snack alongside a cup of kopi (coffee) or teh (tea). It is also often accompanied by two soft-boiled eggs with a dash of pepper and dark soya, adding a savory twist that complements that sweetness of the kaya toast.

Nowadays, you can find variations of kaya toasts across Singapore. There are versions that use cream crackers for crunch. Some stores steam the sandwich toast to make the bread warm and soft. Sometimes, it is also cooked similar to the French toast except it is served with a dollop of kaya jam and butter.

One of Pakistan’s most beloved street foods is the bun kebab. It shares similarities with the American burger except the bun kebab has a lot more depth in flavor.

To make the bun kebab patty, either ground beef or lamb is mixed with lentils, an egg, and spices such as ginger, cumin, and green chili. It is fried in ghee or oil and then topped with onions, tomatoes, chutney, and, sometimes, an omelet. All of it is loaded in between sliced soft but griddled buns.

A vegetarian version exists which swaps meat with potatoes.

If you are ever in Pakistan, you can buy bun kebab from sellers on the streets, particularly in Karachi, the nation’s capital city. Expect bun kebab stalls to open up around the afternoon up to the early evening after the workers clock out of work and are hungry for a delicious snack.

Every nation in Asia has its own version of sandwiches that feature local ingredients, lending unique flavors that one cannot find anywhere else.